You are Here: Home » Everyday Math » What is a gigabyte? Computer hardware numbers

What is a gigabyte? Computer hardware numbers 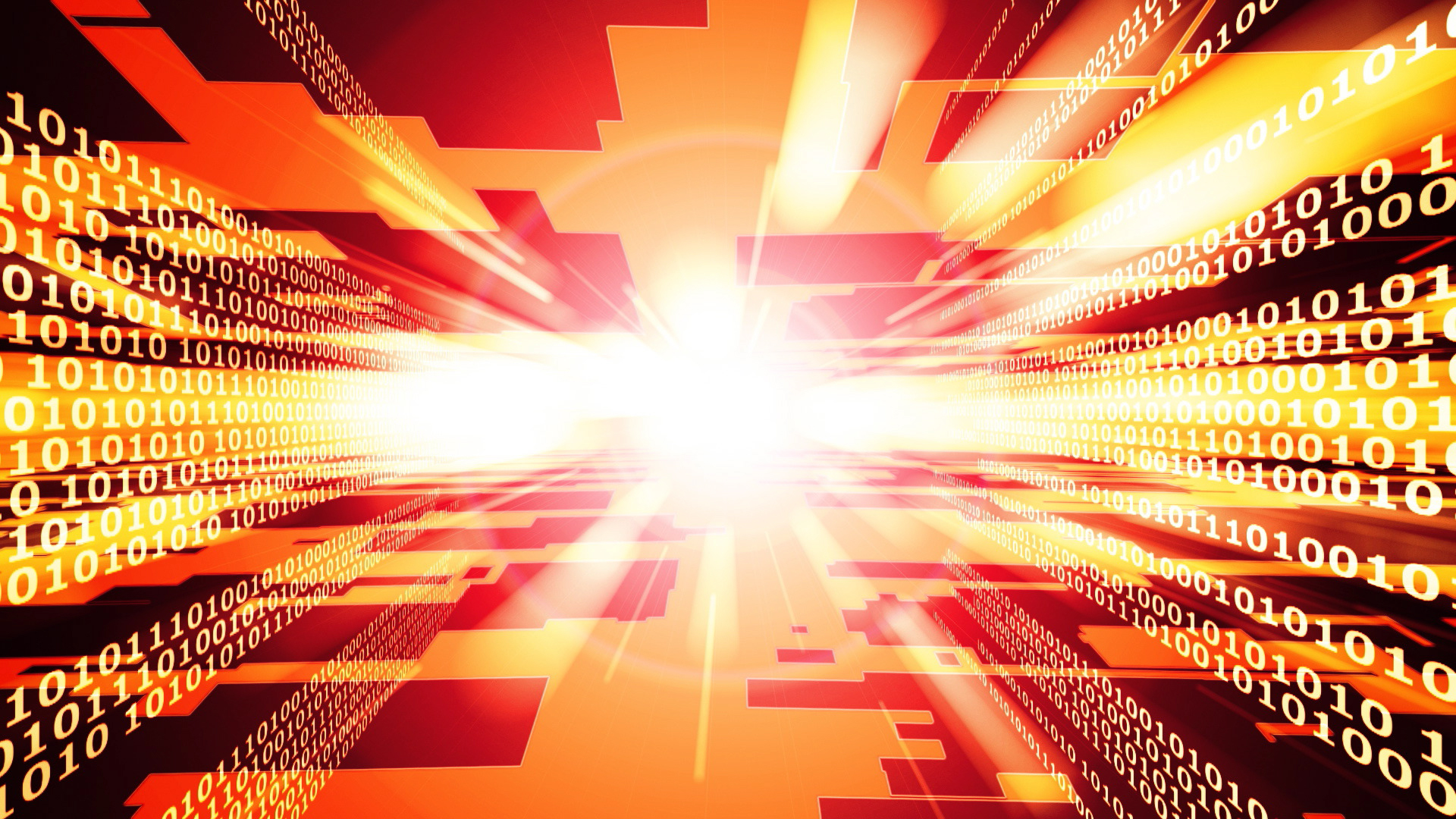 1 point 21 Gigabytes!?! What the heck is a gigabyte? Read on for a quick explanation of computer hardware units – bytes and hertz.

Memory and storage sizes are usually a total of the number of bytes of data that can be retained.  A byte is a single piece of data, like a letter or number, and is usually made up of 8 bits.  A bit is a single electronic value, and is either on or off – represented by a 1 for on and a 0 for off.  This is called binary, or base 2 numbering, and is how you write data information using only 2 digits.  The unique combinations of 1s and 0s for the 8 bits are used to represent different characters.  So, given the 8 bits in a byte, there are 2^8 (or 256) unique characters that can be represented by an 8-bit byte.  Techniques of combining 2 or more bytes or changing the size of the bytes are used when additional characters or other data need to be represented.

The data size measurements are made in bytes and they are related to the values of doubling, which result from the use of the binary system. Every additional digit to the string of bits and you double the maximum number of data values it can represent. This doubling means that there are natural values  for storage sizes which aren’t typical round base 10 (typical 0-9 value digits) numbers.  Industry has adopted the use of SI (metric) prefixes, combined with the maximum binary values to give relative sizing information – for example 1 kB = 1024 bytes: in SI the k is for kilo and typically means 1000, but in computer it refers to the binary value near 1000.

Below is a chart showing some basic computer size values and their relationship to each other and to their approximate base 10 values:

The speed of computer hardware is measured by how fast the processor runs and how fast the data moves from component to component inside the computer.  Both the processor and the bus speeds are measured in hertz, a typical unit for frequency. The processor is responsible for things like making calculations, performing logic operations, and controlling the computer hardware and interface devices and all of these things happen based on an internal cadence, or clock.  The number of beats per second is the frequency, or hertz.

Processors are currently running more than 2 GHz, 2 Giga-Hertz.  Giga is the SI (metric) prefix for billion, which means processors are running to a beat of over 2 billion clock cycles per second.  With each clock cycle bringing about the execution of calculations and instructions, your computer (or electronic device) is really putting in some work.