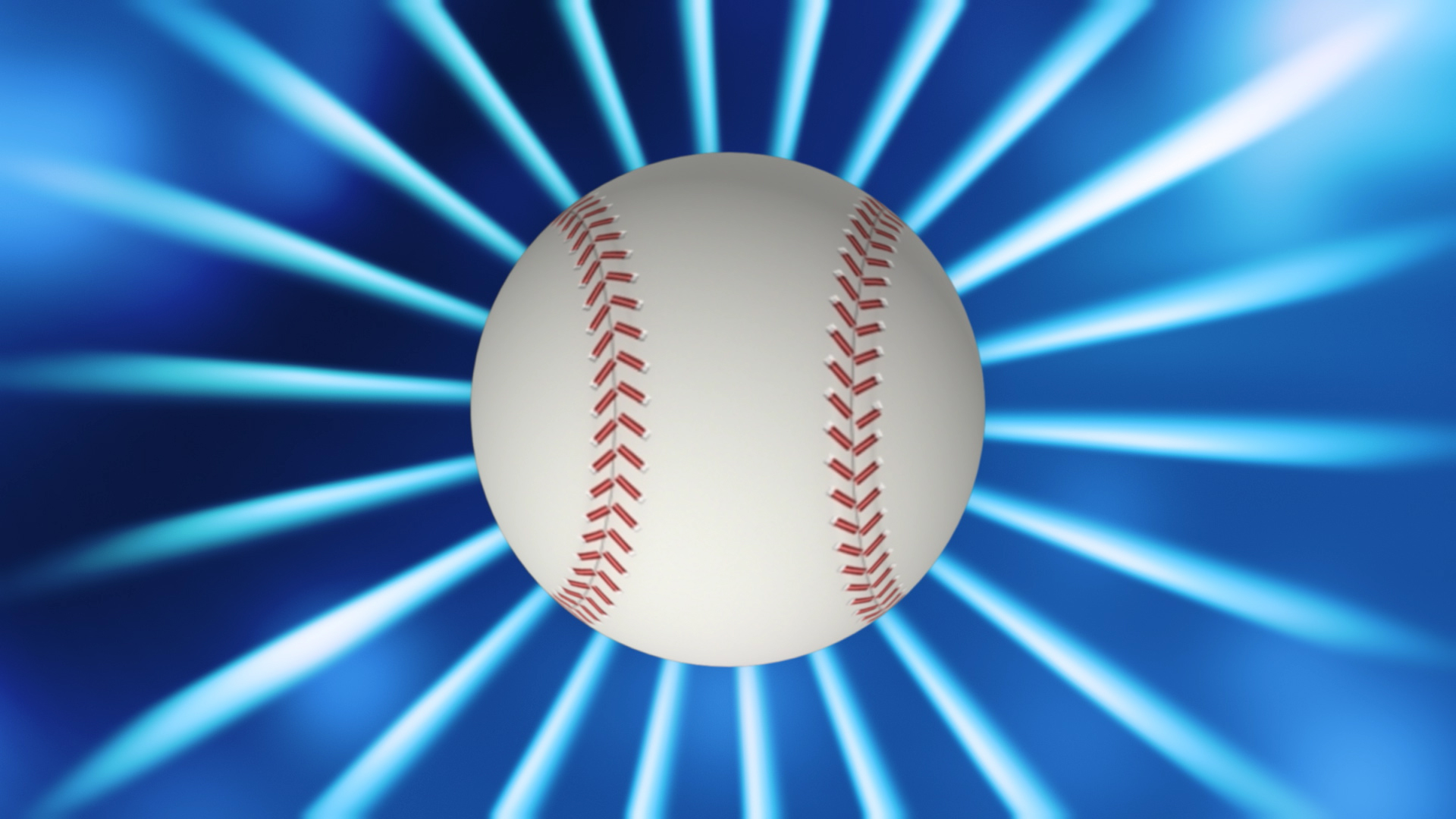 If you watch a game on TV, it won’t take long for you to see numbers come flying up on the screen.  Baseball is a game that lends itself very well to all kinds of statistics and math calculation. I won’t cover it all…  How could I?  This post has a lot to it already…

BUT, here are a few important baseball numbers and how they are calculated.  See if they make watching baseball that much more fun when you understand the math behind the numbers!  Enjoy, or should I say – PLAY BALL!

This is perhaps the most commonly calculated statistic. You might hear more about home runs or strike-outs, but those are really just totals. You will hear and see the hitter’s Batting Average for every player that comes up to the plate. Basically, the Average is a percentage of how many times a batter hits the ball safely (reaching base – not the number of non-injury plays) divided by the number of times he comes to the plate. Sounds easy right? Just divide the total safe hits by the number of plate appearances and you have the Batting Average?

Well, yes, but not quite. That is basically true, but there are a couple of things that change those two basic numbers. The number of plate appearances isn’t exactly the number used, and you have to be sure you understand what counts as a safe hit. The number used as the number of plate appearances to be used in the Batting Average calculation is called an At-bat. Take a walk, for example, (no don’t leave – just use the ‘walk’ as an example), if the batter walks, it does not count as an At-bat. Also, if a batter gets hit by a pitch, it is not counted as an At-bat. If the batter hits the ball and gets out, but advances a baserunner, it is called a Sacrifice and is not counted as an At-bat. Other instances not counted in the At-bat total are when a batter gets to go to 1st base because of an obstruction or interference call, if the batter is still batting and a baserunner is called out for some reason to end the inning, or if he gets replaced during his plate appearance (there are specific rules for 2 strikes, but that is too much detail for us…).

An At-bat is counted whenever the batter hits the ball and reaches safely, or is safe due to an error on the play, or when the batter is called out for any reason after the ball is put into play, or on a fielder’s choice (where the batter is safe but another baserunner is called out, like a force-out at second). Out of all of those possible outcomes, only actual hits (singles, doubles, triples, home runs) are counted in the Hits total – even if the batter makes safely on base due to some other reason. So, now that you know all of that, the calculation is easy…

On-base percentage is similar to the Batting Average, but includes more. This number gives a better idea of how often a hitter reaches base – which is a useful statistic for deciding who the lead-off batter should be, since you want them on base as much as possible. The OBP includes not only hits (H), but walks (or Base on Balls, BB) and number of time the batter is hit by a pitch (HBP). The sum of these is divided by the total At-bats plus BB plus HBP plus Sacrifices (SF).

The Slugging Percentage of a hitter tells you how many bases the hitter generates per At-bat. It is simply a total of the bases gained by way of the hits, divided by the number of At-bats (see above to know what counts as an At-bat). The total bases is pretty straight-forward. A single is 1 base, a double is 2, a triple is 3, and a home run is 4. Multiply each of these by the number a hitter has of each, add them all together, and divide by the AB.

This measurement is useful for power hitters since they may not have as high of a batting average, but the hits they get are usually for extra bases. This number is a good way to compare their production, even if their BA is lower than desired.

The theoretical maximum is 4.000, if a hitter hits a home run every At-Bat – which may happen the first time they ever come to the plate as a Major Leaguer, but is doesn’t take long to drop from there. The highest for a season is .8634 by Barry Bonds in 2001. The highest over a career (at least more than a single AB, that is) is Babe Ruth with .6897. A really good power hitter would have a SLG of .500 or more.

If you take a look at the three separate ways we described aboved, you may notice that they are useful for different situations. Over time, and with use of the above numbers, baseball people determined that the OBP and the SLG combined to give a pretty good idea of the hitter’s overall production in a way that neither of the values did individually. Eventually, the simplest combination was to simply add the two values together, and this became known as OnBase Plus Slugging, or OPS.

Barry Bonds again holds the best single season mark with 1.4217 in 2004. The highest for a career belongs to Babe Ruth with 1.1636. These are players that hit a lot of home runs and t only did they hit a lot, but they hit them frequently (many HRs with fewer ABs) and, at least in Barry Bonds’s case, walked a lot. Albert Pujols is the leader among active players with 1.0085, and any player with an OPS above .8000 is probably well-known and making a lot of money.

Enough about hitters, let’s give the pitchers some love. The most frequently referenced calculated statistic is the Earned Run Average. This is the average number of earned runs allowed per 9 innings. Any run that is the result of a defensive error is not included in the ERA, so the basic calculation is the number of earned runs divided by the number of innings pitched, then times that ratio by 9.

This shows the average runs a pitcher would give up if they pitched the entire 9 innings and there were no errors on defense. Most pitchers throw much less than 9 innings per outing, an so this is a good method to compare them and their different inning counts.

Really good pitchers will have an ERA below 4.00. While career ERA is important, the ERA is usually more meaningful for the season as it shows how well the pitcher is currently keeping other teams from scoring.

The active pitcher with the lowest career ERA is Mariano Rivera with 2.215.

This is a straight-forward calculation that helps us understand how well a pitcher is keeping runners off of the bases. All hits (singles, doubles, triples, home-runs) count as 1, so it is that total plus the number of walks issued, divided by the number of innings the pitcher has pitched (partial innings are measured in thirds, by the number of outs recorded).

Mariano Rivera is also the active leader in WHIP at 1.0026 and the top 50 active pitchers are under 1.35. This metric has much smaller differences between pitchers, but if you think about how what this represents, it can be a big deal. Think about this, a third of a runner every inning, or a runner every 3 innings, or 3 runners per 9 inning game. Even though the differences in the average are small, those extra runners could make a big difference in the outcome of a game.

So the number of Wins is a simple total, but it gets really confusing when you try to understand what counts as a win. Only a single pitcher is credited with a win in any given game, but many pitchers on the winning team could contribute to the victory – so how do you decide? To get the W, you have to be the pitcher at the time your team takes a lead that it does not give up for the remainder of the game. So a starting pitcher may pitch beautifully, but if his reliever gives up the lead, the starter will not get the W even if his team retakes the lead. If the starter doesn’t complete 5 innings, he cannot get the W no matter what, and the official scorer determines which reliever was most effective and he is given the W.

The overall leader in Wins is Cy Young with 511. Pitchers pitch much less often than they did when Cy Young played, so his Win total may never be surpassed. The current active Win leaders are Andy Pettitte with 255 and Tim Hudson with 205. 300 wins in a career is very big deal, and 20 wins in a single season is a fantastic mark.

We can’t ignore the defence – there aren’t a lot of things to measure but they do have Fielding Percentage.  This is the number of putouts and assists divided by their total number of chances.  A putout is making an out – like catching a fly ball or touching a base on a force out.  An assist would be throwing the ball to another who gets the putout.  If the player makes a mistake doing either of these two things, they can be assigned an error.  The errors are part of the total number of chances.