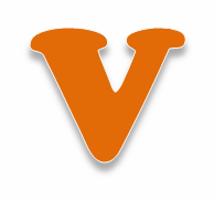 Roman Numerals are all around us – sometimes hiding in plain sight. Maybe you have a few basics memorized and you don’t even notice them. Or maybe, you have no idea what they are… Either way, here is a quick look at how they work and the math behind them, then you can jump over to the Practice Page for a printable Roman Numerals practice page to see how much you have learned.

Here are the symbols and their values:

These symbols are written side by side, from largest to smallest, and their values are added together to get the number. So, III is 3 and XV is 15. It is also possible to write the number 8 as IIIIIIII but this gets confusing pretty quickly and wouldn’t be at all practical for large numbers. To prevent long strings of the same symbol, we have seen that there are various symbols with increasing values, but there is also a system to write them so that you don’t need to write the same symbol more than 3 times in a row.

Again, the Roman Numerals are generally written from the largest value to the smallest, as with CLXV being 100 + 50 + 10 + 5 which equals 165. So we can see that by using the correct Numerals, we can minimize the number of them that we have to write to represent a certain value. To prevent having to write the same Numeral more than 3 times, you can place a single Numeral of a smaller value in front of a larger valued Numeral.  This is basically saying “one unit of the lesser value before the unit of the larger value”.  For example, the Roman Numeral for 4 is IV.  Normally, you write from the larger values to the smaller so when you see a smaller value before the larger, this signals you to subtract the smaller value from the larger value, and then add the result of that subtraction to your running total for the overall value.  So, for the number 14, we would write XIV which is X + (V – I) = 10 + (5 – 1) = 14.  The I, X, and C Numerals can be used before larger Numerals to show how much to subtract from the larger Numeral.  I know this seems confusing, and it can be, but look at the following breakdown for an easy explanation:

Here are some examples:

There are additional techniques to writing very large numbers, like drawing a line over a Numeral to make it represent the 1000s version of the value. You can also use a vertical line and a backwards C at the end of the Numeral to represent additional 500s or 1000s. Be aware that there are multiple ways to write each number, and even the Romans weren’t always consistent, but the idea is to use as few Numerals as possible. Don’t forget to practice reading Roman Numerals on the practice worksheet. A little practice goes a long way to making math fun!