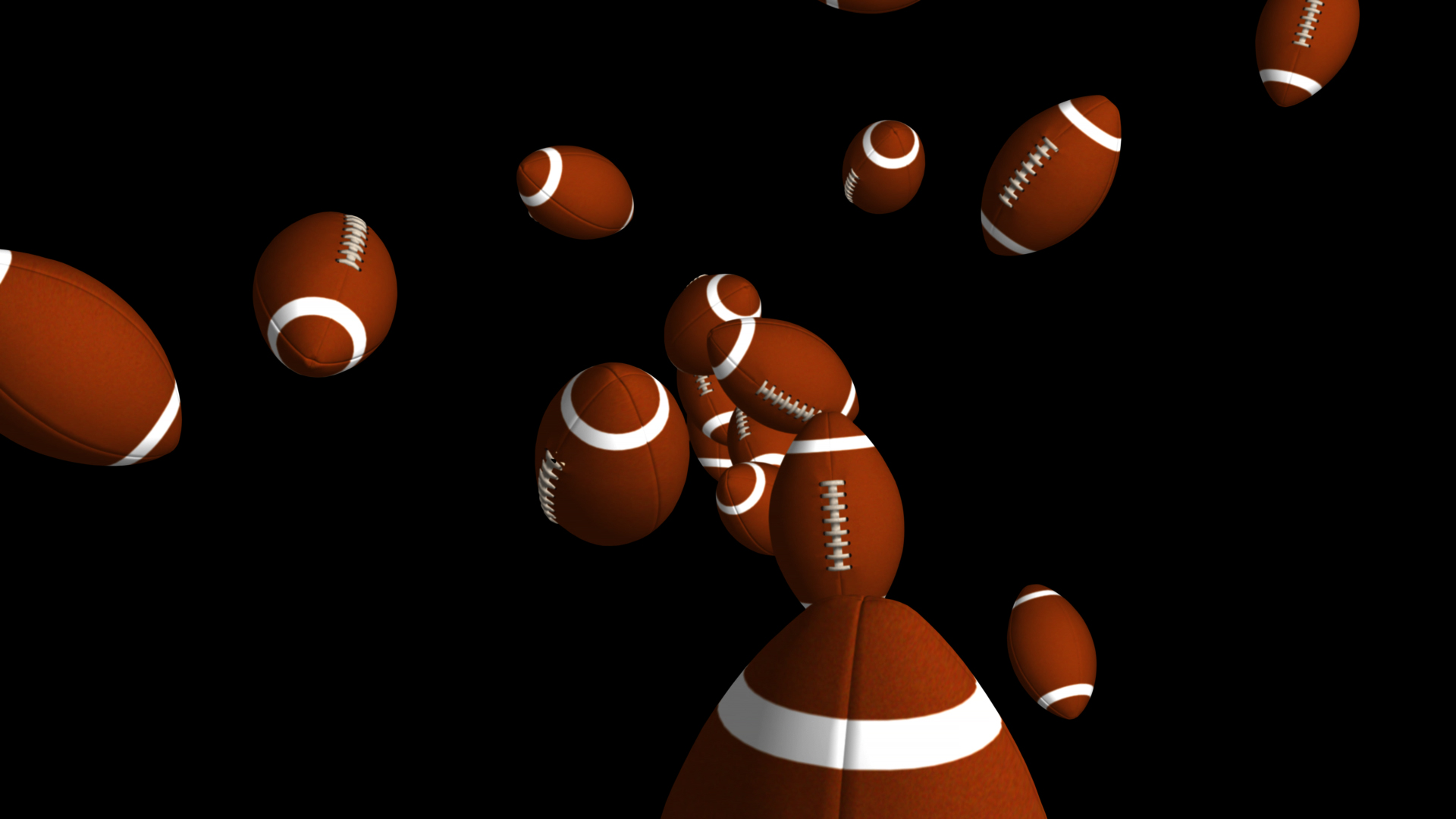 Football math is how I learned my 7 times tables. When watching football, each touchdown increased the score by 7 points (if the team made the kick, of course). Somehow, even though we didn’t know all of the rules, the scoring was common knowledge to us. And so, when we played in the backyard, we gave ourselves 7 points per touchdown… It went from 7 to 14 to 21 and so on… We learned to count by 7s. I was learning my 7 times tables before I even knew what that meant. We scored 5 times, so I knew that was 35 points! Opportunities to learn and practice math are everywhere.

If you have ever watched a football game, there are all kinds of statistics discussed throughout the game. Many of the stats are simply the results of adding up totals, and the totals increase (usually) as the game goes on. Total yards, total passes completed, total tackles – even the score is a total. The next time you find yourself watching a game, why not play a math game in your head with some of these numbers.

For example, if the team scores a touchdown, how many points will they then lead (or trail) by?? You’ll need to add the touchdown points to the current score, then do some subtraction to find out what the new difference would be.

Here is another idea, try keeping track of a running back’s total rushing yards in your head. There will be some estimation involved here, since sometimes it is difficult to know exactly where the referee places the ball and where exactly the ball started on any given play, but if you listen to the announcers they will give you a good idea of the yard lines. You can then do a quick addition and/or subtraction (watch out for plays that cross the 50 yard line!) to get the total yards gained (or lost) on the play – and then add that to the back’s previous total. Again, listen for the announcers to help you know how your math is working out… They will keep you updated, but see if you can get the answer before they tell you!

Here are a few more cool mathematical things you find in football.

3rd down conversion percentage: You need to know how many times the team has played a 3rd down and you need to know how many times the 3rd down play resulted in a first down. Often the announcers will say them together – “the team is 5 for 8 on 3rd down” – So divide the number of successes by the number of attempts, and this will give you a decimal number between 0 and 1. Multiply this number by 100% (100 to give you the value and percent to give you the ‘units’).

now take this value x, and divide by the pass attempts

If your favorite college QB is much above 150, your team is probably doing pretty well….

The Pros use a different formula and it is a bit more complicated but uses the same information. It can be found at here: Passer rating on Wikipedia